Reacciona
Comparte
José Fernández (middle) poses with friends Emilio Macias (left) and Eduardo Rivero (right) and a fan. The photo was taken at 2:37 a.m. on Sept 25 2016 at the American Social Bar, 25 minutes before officials say Fernandez's boat crashed on rocks at the entrance to the port of Miami, killing all three men. Crédito: Univision

Saturday night should have been a moment of celebration in the Marlins clubhouse. The baseball team had just completed a 6-4 home win over the Atlanta Braves.

But after the game pitcher José Fernández sat in the locker room visibly upset, clutching a beer, according to witnesses.

Five hours later, Fernández and two friends were dead, victims of a late-night boating expedition that ended tragically on a jetty of rocks at the tip of South Beach. 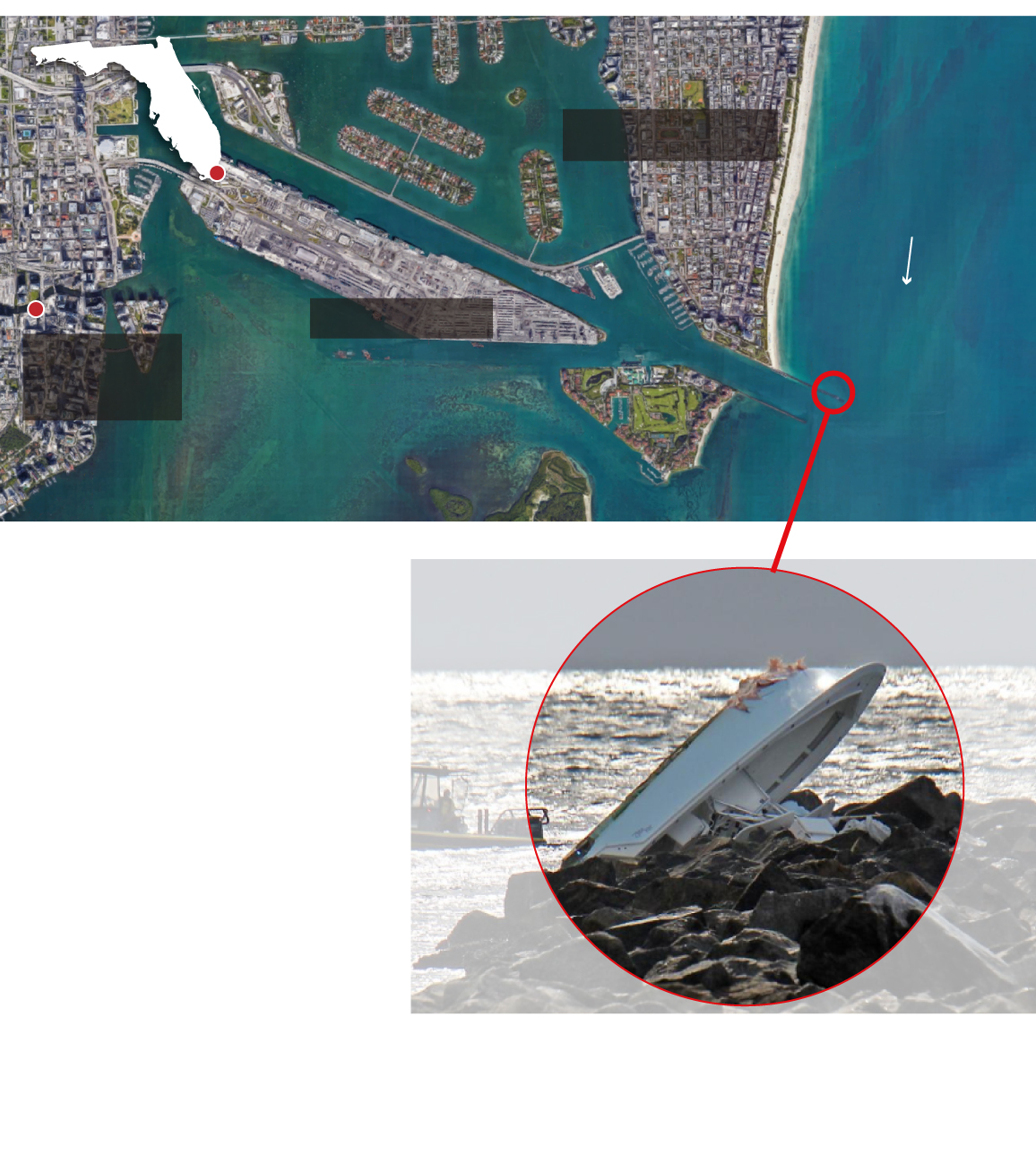 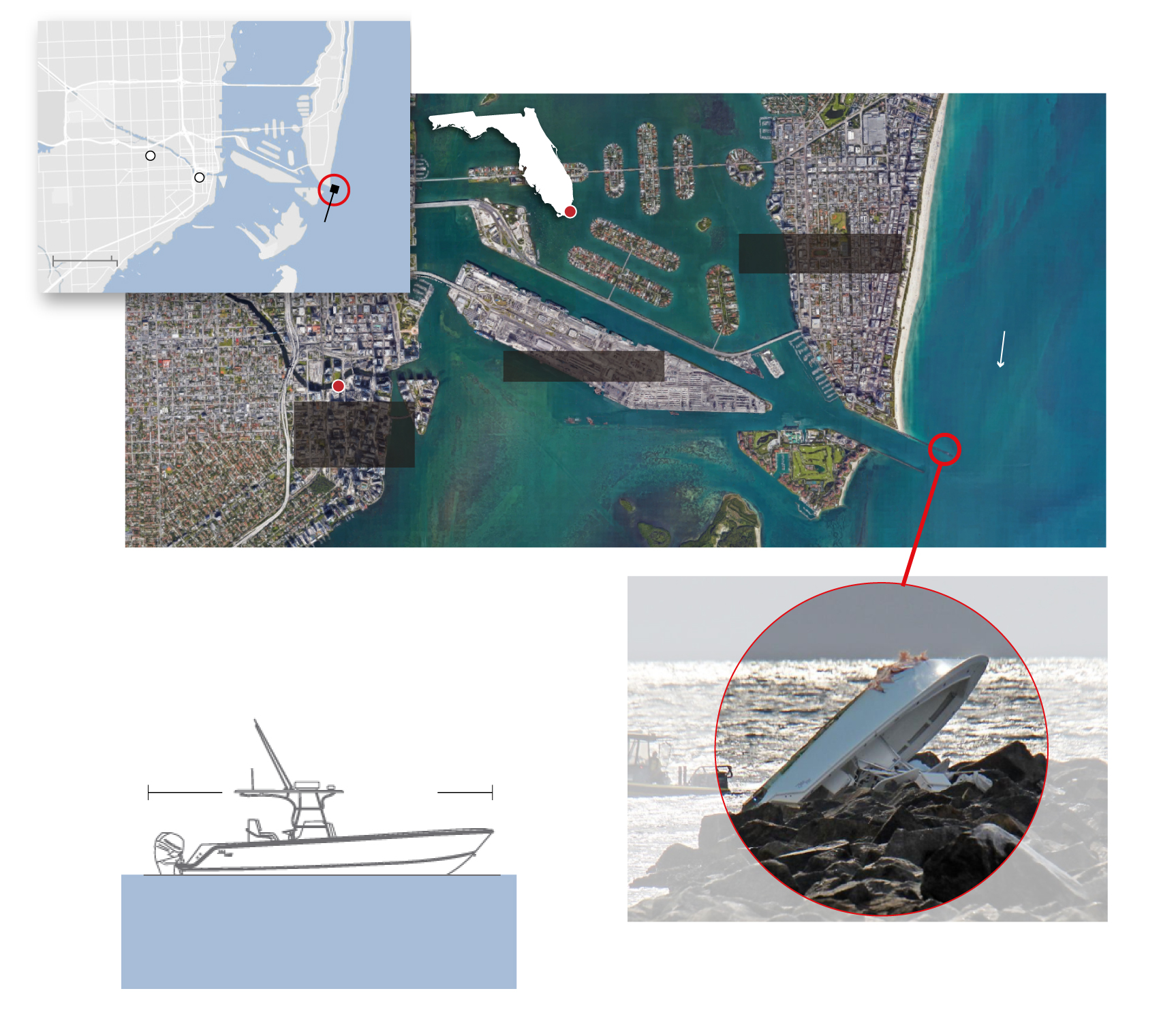 Three days later details exactly what led to the death of the 24-year-old Cuban American phenomenon remains a mystery. So soon after his passing his family and friends are not ready to discuss the circumstances, or what was perturbing the player.

Fernández may have had issues with an ex-girlfriend, Carla Mendoza, a 24-year-old former Miami Marlins cheerleader, according to friends of the two other victims on the boat. Mendoza was fired by the Marlins for violating a major league policy that does not allow cheerleaders to fraternize with players.

Other news reports have said Fernández had an argument with his current girlfriend, Maria Arias, who was pregnant with a baby girl.

One of the pitcher's close friends, his personal barber Hugo 'Juice' Tandron, said women had nothing to do with it.

"He loved to go out on his boat. This is Miami, you don't take the road you take the boat, when you go out," he said. More likely it was an accident, he added. "We're all wondering. Something went wrong. Were the lights not working?" he said.

Fernández had a passion for the sea friends say. As a child growing up in Santa Clara, Cuba his nickname was 'Delfin' (Dolphin) because of his love for the water, said former neighbor Dayami Peña, 45, who left Cuba last year and attended a memorial service for her hometown hero at Saint Brendan's Catholic Church in Miami on Wednesday.

On paper, everything seemed to be going right in his life. He was coming off his best pitching performance of the year – of his career, some said.

A few days earlier Fernández had announced on Instagram his delight over impending fatherhood. "I'm so glad you came into my life," he wrote about Arias.

In the locker room, Fernández invited teammates for a trip on his new boat, the 32-foot Kaught Looking, named after a baseball term to describe when a batter is called out on strikes without swinging at the ball.

It was already late; the game had ended at 10:32 p.m., but the Cuban American wanted to blow off steam, friends say.

Fernández had been due to pitch the next day at 1:00 p.m. but his start was pushed back to Monday night, giving him an extra day. Known to be a strict professional about his physical preparation, friends say he would not have gone out late, much less drink a beer, the night before he was due to pitch.

Friends also say the high energy that made Fernández such a charismatic player also made him emotionally volatile.

"I was thinking of joining him but as I have my family and children here I told him, 'No, no, no, best go home. Keep that pregnant belly warm, there's a girl on the way. Stay calm,'" team mate and close friend Marcell Ozuna told reporters in the locker room after Monday’s night’s game.

"He didn't listen. Everyone said no," he added. “Everybody knew he was crazy about that boat and loved being out on the water.”

Ozuna declined the invitation, saying his wife and children were waiting for him. Fernandez asked Ozuna to call him in the morning to make sure he made it to the ballpark on time for Sunday’s game.

But Fernández was determined to get out on the water. He phoned two friends, Eduardo Rivero and Emilio Macias.

"Jose seemed to be stressed out,” Rivero’s best friend Will Bernal, who decided not to join the boat trip, told ABC’s Miami affiliate, WPLG,

Rivero “didn't tell me specifically what the stress was about but he just wanted to go out and blow some steam off and go on the boat," said Bernal.

Fernández was with Rivero at American Social Bar & Kitchen, a dockside eatery on the Miami River that runs south of downtown out to the sea. They stopped there to pick up Macias who lived in a nearby condo building.

Bernal urged him not to go on the boat and posted the exchange on his Instagram account Monday.

“Trust me it’s not my time yet,” Rivero responded.

"I sent him a text message, 'Are you guys at American Social?' He said 'Yeah, we're just here, hanging out, everything's cool. We're waiting for Emilio to come down from the building.'"

"What didn't sit well with me is the last thing Eddie told me over the phone was 'I'm just letting you know because it's late who I'm with and where I'm at just in case anything happens."

Managers at American Social confirmed Fernandez visited on Saturday evening, apparently docking his boat outside. Fernández posed for photos with fans at the restaurant.

One of the fans, Paola Loor, 32, said Fernández was in good spirits. The three were sharing a bottle of tequila but none of them seemed to be drunk, witnesses say.

At about 3.20am a Miami-Dade County Fire Rescue patrol boat received word of a possible boating accident. Ten minutes later the U.S. Coast discovered the boat wreck on the rocks near the entrance to the port of Miami, about five miles from the bar.

The Kaught Looking was found upside down on rocks that form a jetty at the tip of the South Beach tourist hub.

The boat appeared to have been traveling at speed, authorities said. All three men were found dead at the scene.

There were no signs of drugs or alcohol present at the crash site.

The Miami-Dade County medical examiner has not yet released toxicology results that might determine if Fernández or the other two victims had been drinking or taken illegal drugs.

“We're still working on it,” a spokesperson for the Medical Examiner’s Office told Univision. “We hope to have all results finalized within the next couple of days.”

The results will be sent to the Florida Fish and Wildlife Conservation Commission (FWC), which is investigating the accident. It is up to the FWC when they plan to release the report to the public.

Rachel Glickhouse contributed to this report.