Some Latinx celebrities that signed off on the letter includes America Ferrera, Eva Longoria, Jennifer Lopez, Diego Luna, Ricky Martin, Lin-Manuel Miranda and many others.

“As a Latina, my heart breaks with every attack on our dignity, humanity and lives. And as an American, I fear for the future of my country when our culture and policies lack a basic decency and respect for human life,” Ferrera wrote in a press release for the letter.

“We’re facing a moral crisis in our country, and we chose to use this moment to raise our voices, and speak up. Integrity starts with looking in the mirror and this letter calls on everyone, not just our community, to choose humanity and decency over hate and violence," Longoria said in the release. 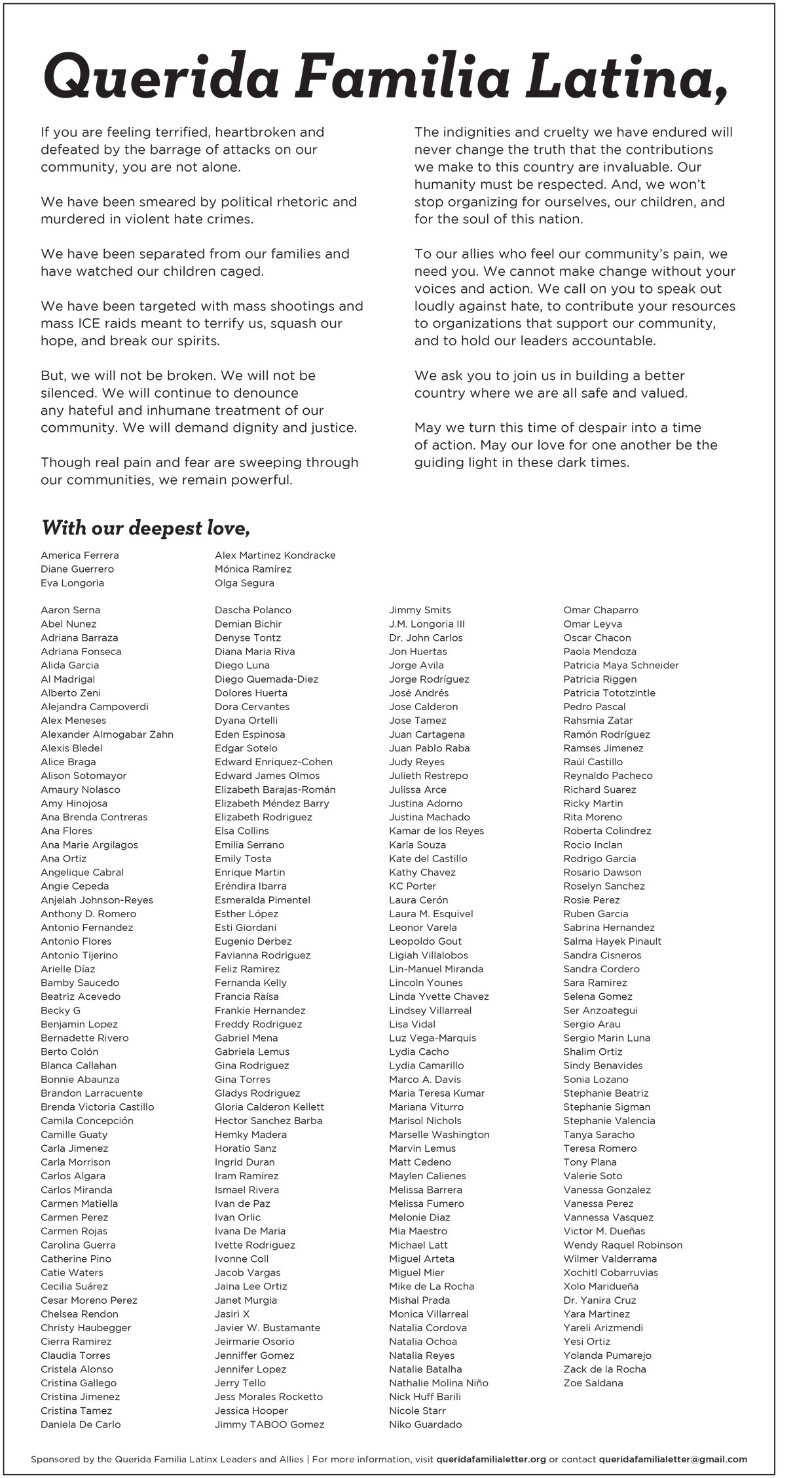