The U.S. Virgin Islands suffered two Category 5 hurricanes within two weeks: Irma battered Saint John and Saint Thomas, while Maria devastated St. Croix. The storms left many of the islands’ residents feeling forgotten by the United States. In Saint John, the community has banded together to help each other out, from free Wi-Fi networks to groups that travel around the island to find out what neighbors need

A day after Hurricane Irma, Siobhan Mulvey wanted to get her friend off Saint John. The 26-year-old was eight months pregnant and the storm had debilitated the island’s only clinic.

“Our friend is really scared,” Mulvey says. “She spent Irma in her closet, the nursery that she built for her unborn baby was pretty much destroyed.”

Without an airport and with ferries out of service, it wasn’t an easy task. But Mulvey and her friends had taken shelter in one of the few spots on the island that still had an active Wi-Fi connection and a generator. Via Facebook Messenger and Skype, they contacted the owner of a boat in Puerto Rico, who promised to come pick up their friend.

In addition to Mulvey’s friend, that boat ended up evacuating 40 people. “It ended up rolling out into a bigger situation where we were able to evacuate 1,200 people in 12 days,” says Mulvey, who’s now the communications director of a new organization formed out of the tragedy, called Love City Strong.

Since Irma slammed into Saint John as a Category 5 hurricane on September 6, people across the island have had a hard time getting connected. At the end of November, the electrical grid still wasn’t re-established on this side of the island. The only lights in the area are those of cell phones and laptops, illuminating faces. People feel forgotten by the United States, of which Saint John is a territory.

Trying to get back online in Saint John after Irma

In response, the community has organized groups to go around the island, house by house, to check on their neighbors.

In those first days after Irma, boats didn’t just evacuate people. They also arrived with help.

Daryl Wade, the vice-president of the local telecommunications company Virgin Islands Next Generation Network, arrived from Saint Thomas. A native of Saint John, he wanted to return home to help. So he sat at the port in Saint Thomas until the first boat left with help, and hopped on. Once on his island, he visited his mother, who had lost her home. Wade says he cried at the sight of the island destroyed, the vegetation ripped out of the earth and sailboats turned over in the sea, as if they were toys.

Immediately, Wade went to look for a friend who works in a telecommunications company and proposed an idea: to establish free Wi-Fi connections so that people could communicate with their families.

“This is 11 at night when we finally get everything working, but there's a curfew. So the next day we just tell people: 'Listen, there's wi-fi now, there's wi-fi now.’" The initiative, which started in Saint John, ended up being replicated in Saint Thomas. The man calculates that there are currently 15 to 20 free Wi-Fi hotspots between the two islands.

In addition to Wade, Coral Bay Community Council, a local environmental organization, made its satellite phone available to the community so that people could talk to their loved ones off the island.

According to Michelle Bramson, the organization’s administrator, the lines to use the phone were enormous in the first days. “People sat down to wait. They’d get here at 11 and wait hours for a turn. A lot of people were relieved when they get voicemail to leave a message because it was too hard for them to talk without crying, especially those who lost everything.”

The group also played a vital role in alerting Coral Bay residents to Maria, the second Category 5 hurricane to threaten the Virgin Islands in just two weeks. When Maria approached, that side of the island still didn’t have a phone signal.

The organization’s president, Sharon Coldren, wasted no time. She picked up a megaphone and headed out to the street to inform people that they should get ready for another hurricane.

“Everybody had a sinking feeling again: here we go again, at a Category 5 no less,” Bramson recalls.

Maria arrived on September 20. She dumped rain on Saint John and Saint Thomas and battered the third Virgin Island, Saint Croix, as well as Puerto Rico.

Forgotten by the United States?

Despite efforts to re-establish communications, people on Saint John began to feel increasingly isolated; help was taking a long time to arrive and the media were focused on other tragedies. “We felt we had completely fallen off the face of the earth,” says Mulvey, of Love City Strong. “It's only been two weeks and the world forgot about Saint John.”

Some on the Virgin Islands feel like they’re last in line for the United States during a hurricane season that has already proven to be the most expensive in the country’s history; after Harvey hit Texas, Irma swept across parts of Florida, and Maria sowed seeds of chaos in Puerto Rico.

In Coral Bay, in the most remote corner of Saint John, Nina Hahler, 60 is desperate. On a recent night, she stops her lime green Jeep in front of the fire station to seek help. “I need to get in touch with my friends,” she says repeatedly. “They don’t know what happened to me. I was alone in my house during the hurricane and the refrigerator fell on top of me and I can’t walk.”

The station is closed. Nonetheless, dozens of people continue to show up to the building to use the free Wi-Fi.

Hahler takes out her laptop, but she can’t remember the passwords for her social network accounts. She manages to borrow a phone and tries, unsuccessfully, to call a couple of friends. The signal isn’t good.

“We are the forgotten island,” says Anita Hass, who lives in Chicago but has had a second residence on Saint John for 30 years. “If it weren’t for the workers who have helped fix the electrical system, we wouldn’t have much hope of returning to normal because they’re the ones who will eventually help restore our connection to the rest of the world.”

With a population of 106,000 residents and the largest percentage of Afro-descended people in the United States (76%, according to the 2010 Census), the Virgin Islands are also the only U.S. territory affected by a hurricane this year that President Donald Trump did not visit.

But some say their isolation from the rest of the world has only made the community stronger.

She says she hopes Saint John stays unified. “My wish for Christmas is that the community of Saint John stay this way,” she says. “Before the hurricane, people would pass right by you and not even say hello. Now, they stop and they ask how you’re doing.”

Freet’s restaurant was destroyed by Irma. While she waits for materials to rebuild her business, she works as a volunteer with Love City Strong.

After Hurricane Maria, Love City Strong changed its strategy. From receiving boatloads of help from Puerto Rico and Saint Croix and returning them full of evacuees, it began to take a more active role in the community.

Since then, dozens of Love City Strong volunteers, as well as volunteers of another local organization, Saint John Rescue, travel the island, house by house. They encounter neighbors with a variety of needs, from medical and psychological assistance, to a generator, to fixes for mold.

All the information they collect is forwarded to federal agencies to ensure the community receives the help they need.

“We’re going to rebuild better than before,” Mulvey says. “We should ensure that the infrastructure and the electrical system are rebuilt better so that the next hurricane won’t affect us so much. I believe that Saint John will return stronger than ever.”

Continue the journey:
Puerto Rico
Their neighbors fled, but these Puerto Ricans see a future on the island 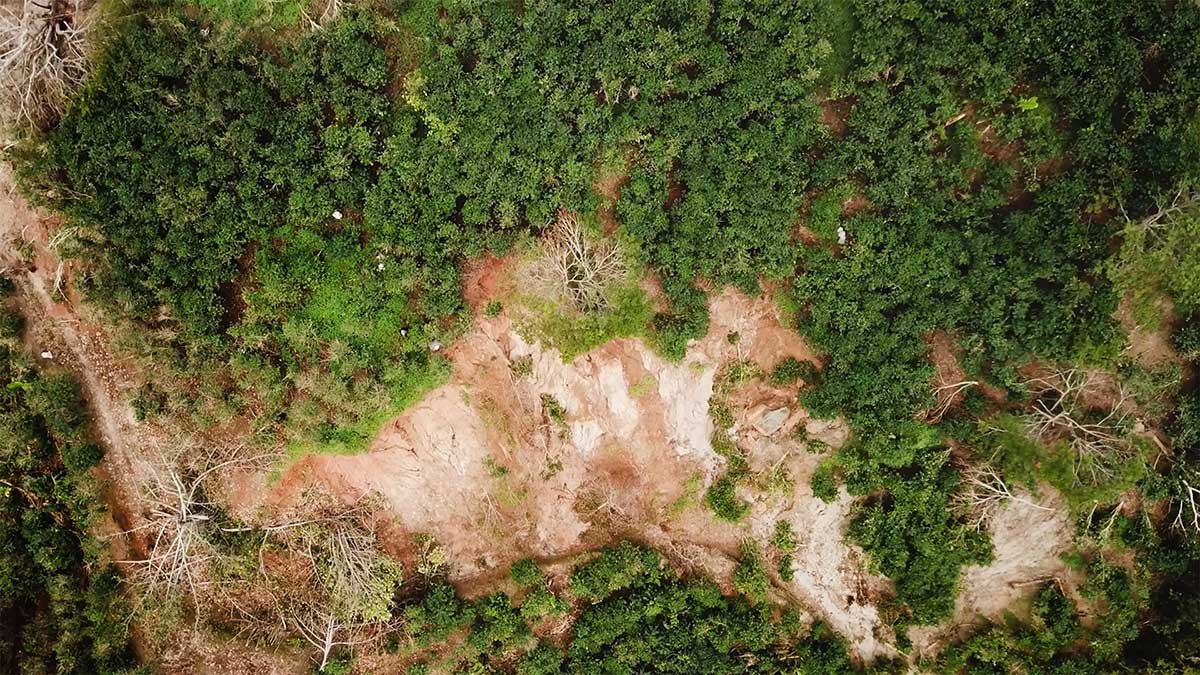