Irma affected 13 of Cuba’s 15 provinces and left a dozen dead. It also exposed the island’s Achilles’ heel: ageing and fragile housing. Every storm makes thousands of already deteriorating homes even more vulnerable to collapse. Some on the island want to know how they can build more resistant homes without a wealth of materials and in spite of bureaucratic red tape.

Construction worker Rolando Sarmientos stands on a ladder inspecting a row of homes that lost their roofs in Simón Bolívar, a rural community in the central Cuba province of Sancti Spíritus province after Hurricane Irma.

Here, in the Yaguajay municipality, the government is distributing fibre cement tiles in the aftermath of Irma for people to repair their homes. Homeowners can pay for the tiles with credit or subsidies.

It’s part of a series of programs put in place by the Cuban government to respond to hurricanes, which has generated widespread praise from across the region. Over the past decade, the government has provided a series of subsidies for repairs, which benefit vulnerable families. In June 2017, more than 53,000 people had finished home repairs thanks to the subsidies.

And yet the country faces a serious housing crisis, evidenced by crumbling infrastructure across the island and exacerbated by every passing storm. More than 1.17 million homes were in fair or poor condition before Irma, representing 39% of the existing housing stock (other estimates put the number closer to 60%). In 2012, Sandy damaged more than 150,000 homes and caused more than 17,000 to collapse in the Santiago de Cuba and Holguín provinces; Matthew affected another 42,338 in Guantánamo.

Medina’s was one of the more than 14,600 homes that collapsed after Irma. A veteran of the war in Angola, his small room had a dirt floor and a tile roof, with a bed, a table with no chairs, a stove, and a few other belongings. His home wasn’t even rainproof, much less meant to withstand hurricanes. Now he has nothing.

And the subsidy program has its fair share of problems, the men say, including irregularities in the distribution of funds, discrepancies between the cost of materials and the amount of help offered, material shortages, failure to uphold contracts and plenty of bureaucratic red tape. For instance, the government is charging Sarmientos 5,505 pesos ($225) for subsidized materials to fix his roof. But he earns just 225 pesos ($9) a month.

The result: construction efforts are often delayed. In some cases, buildings end up collapsing first.

By many measures the Cuban government has proven a regional leader in its response to natural disasters. Two days after Irma made landfall, more than 50% of the water supply was back up and running. In fewer than six days, nearly 87% of Cubans had electricity, despite the fact that the majority of thermoelectric plants, responsible for 74% of the island’s energy demand, are located on the northern coast, right along Irma’s path.

Children returned to class within two weeks of the storm, although 2,186 schools had been damaged. And Havana, which awoke to find more than 1.5 million cubic meters of solid waste in its streets after the storm, had 19,000 public works employees to help with clean-up; they were joined by military brigades, the Navy, and prisoners, and state workers.

At the same time, 35 criminal proceedings were filed for price gouging, speculation, hoarding, illicit economic activity, armed robbery, theft, and disobeying authorities during the hurricane. The cases included some against administrators of state establishments who did not safeguard material resources, as well as workers at state centers who charged a fee to recharge mobile phones or who sold cold water, taking advantage of their access to electrical plants.

After assessing the damage, the government decided that the state would finance half the cost of construction materials for affected families. It also shouldered half the cost of basic necessities, such as mattresses, household cleaning and hygiene supplies, cooking equipment, and other home accessories.

Yolanda Medina and Pedro Rodríguez, a couple in the Simón Bolívar district, received a bed sheet, a towel, a bottle of detergent, and two bars of soap, at a cost of 82 pesos ($3.50). The government also gave them cooking utensils, including a hot plate, skillet, pitcher, and pot, for just 250 pesos ($10).

Their children sold a pig to help them pay for these goods after the hurricane. Rodríguez’s pension is 200 pesos ($8). Medina lost her job at the town’s Camilo Cienfuegos Monument more than five years ago, after job cuts.

But now, their home is destroyed. What used to be the walls of the home’s entrance, its living room, and the two bedrooms, lie in ruins. Concrete and wood debris cover the floor. The only room left standing is the kitchen. Everything else had been improvised so they can keep living here: a makeshift bedroom, bathroom and another room to store their belongings salvaged from the hurricane. The walls were made of the tiles and pieces of wood that the government had given them in September to repair the roof. But without walls, there’s no place for a roof.

The couple didn’t evacuate when local authorities came to look for families in homes in poor condition: they both believed their house could withstand the storm. The next day, they went to a shelter for five days.

Local media reported that more than 2 million people evacuated across the island, with 244,000 of them in Sancti Spíritus. Those affected moved in with families who had homes in better condition, or, in Medina and Rodríguez’s case, headed to a shelter.

The couple has been trying to repair their home for five years. In 2012, they asked the government for a subsidy, but the process turned out to be a bureaucratic nightmare.

“We paid for the architect’s technical recommendation, the permits, and everything else,” Medina says.

“It seems like someone took my subsidy and made another house,” Rodríguez says. This is a common occurrence in state-sponsored aid.

Rodríguez’s plan was to use the subsidy to reinforce walls, buy window shutters and doors, and fix up the floor. Several neighboring homes that received funds not only survived the hurricane; their residents didn’t have to be evacuated.

“Now, it’s worse,” he says. “Now that the hurricane toppled it, I’m going to have to build the house from nothing.”

Strong hurricanes like Irma are likely to be the new normal in the Caribbean. In response, the Cuban government recently launched Project Life (“Tarea Vida”), which aims to lay the foundation for confronting climate change and related challenges: drought, sea level rise, coastal zone flooding, and soil salinization.

Among other things, the plan prohibits the construction of new homes in coastal zones and requires that new infrastructure be flood resistant. It also proposes changes to farming and fishing activities due to sea level rise and drought, and includes a plan for urban zoning to protect vulnerable areas. The areas most at risk from climate change impacts include the provinces of Artemisa and Mayabeque, the north coast of Havana and the bay, Varadero and the tourist zones, the keys of Villa Clara, Ciego de Ávila and Camagüey, and the northern coast of Holguín.

Future projections indicate that sea level could rise by as much as 27 centimeters (10.6 inches) by 2050, and 85 (33.4 inches) by 2100. This will cause the gradual loss of the country’s surface area in low-lying coastal areas, as well as the salinization of underground aquifers that feed to the sea.

On the northern coast of Matanzas, waves battered many coastal homes, many which are used as vacation properties. Rosendo Rodríguez, one of the few permanent residents and the caretaker of many of these homes, says “wind gusts blew the roofs off and seawater entered everywhere.”

Since 2009, a group of students and professors from the José Antonio Echeverría Polytechnic Superior Institute of Havana have been developing prototypes for homes in hurricane-susceptible areas. Their proposal offers a new way of thinking about building on the island.

“We designed a low-cost, safe, and sustainable model, based on the technologies and materials available in Cuba and Haiti,” explains civil engineer Iván Martínez.

The design of the house centers around a bedroom protected by a vault shape concrete roof. Experience has proven that a cement roof drastically decreases the risk of damage, even in Category 5 hurricanes, while zinc and tiles are more vulnerable. “The pilot includes a shelter bedroom in addition to another bedroom,” he explains. Families have the option of expanding the home based on existing needs and resources.

Each home costs approximately $9,000, according to Martínez’s estimate; the use of more affordable materials is what keeps the cost low.

Nonetheless, the prototype developed by the students and professors hasn’t seemed to interest the government. “The problem is that they build badly and quickly in order to affect a short-term solution,” Martínez says. “That’s why houses collapse.”

That’s what Medina and Sarmientos, the construction workers in Yaguajay, say, too.

They continue fixing roofs, even though they doubt their work will make a difference in the long-term. The structures likely would not survive another Category 5 hurricane. And they simply don’t have the resources to rebuild in a sustainable way.

“You can’t secure a roof with one nail,” Medina says.

Continue the journey:
Florida
No home in paradise 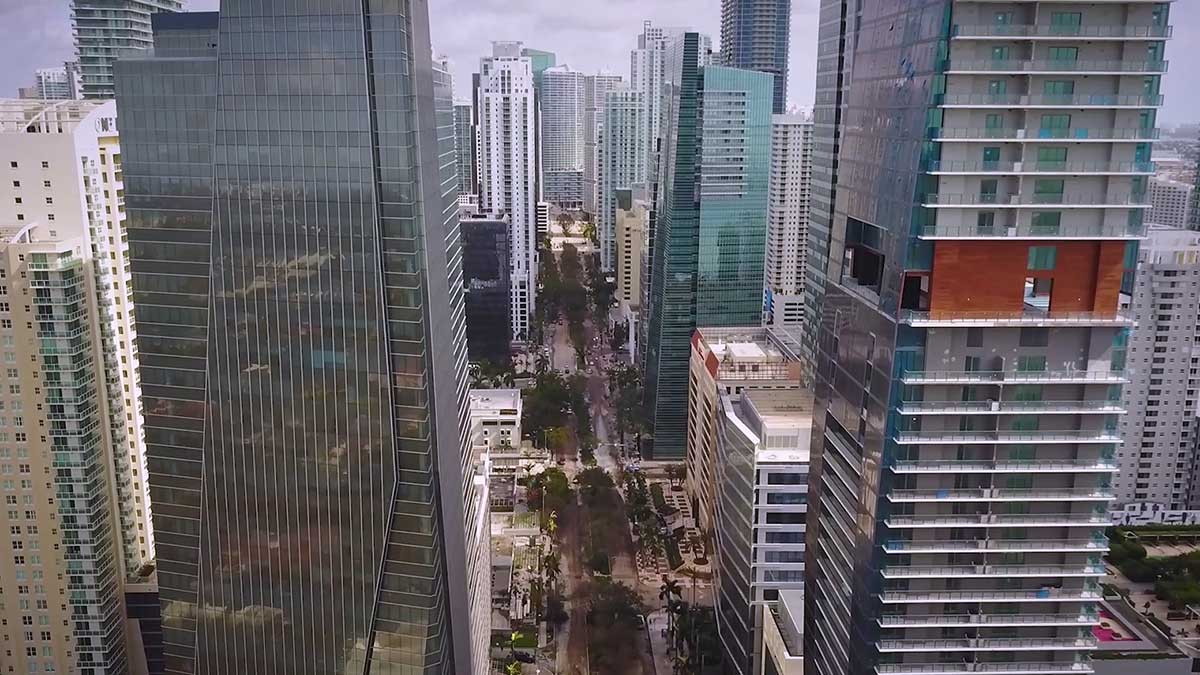